Succession planning is the talk of the town over Christmas. Coincidentally, as boards wrestle with the required skill set for leadership in 2021, something else is happening across the C-suite: the rise and rise of the chief information officer.

It is a phenomenon not lost on Matt Codrington. He runs the Australia and New Zealand operations for global tech giant Lenovo, the world’s largest computer company with brands like ThinkPad and these days offering just about everything you can think of ‘‘as a service’’ for customers.

“If I talk to one of the large banks here, they consider themselves a fintech company. So the view on the businesses, you look at Uber, Airbnb or the changing landscape around the disruption that happens, I think it’s inevitable that either CIO becomes the chief executive officer or the CEO becomes the CIO.”

Traditionally, the chief financial officer has been the obvious internal candidate for CEO but thanks to COVID, working from home and data protection demands, the reliance that business now has on technology is fundamental.

For months, most businesses have been in damage control. “I don’t think they’ve had a moment to think. It’s just been let’s go,” Codrington says as he clicks his fingers. “It doesn’t matter if it’s the largest government agency or a corner shop.”

Standing an imposing six foot four (1.93m), Codrington has 13 years under his belt with Lenovo starting in Singapore, then Japan and Australia, helping to transform a computer business into a consumer-centric tech business. This year, he has been on the front line with CIOs shirtfronted by pandemic disruption.

He laughs and shakes his head when asked to explain what the acceleration in technology has been like for the average CIO.

“Demands are much higher now. It’s not just about the provision of technology. It’s about ‘we need to run the business now in this digital space, so what do we do about that? What are your ideas about that, the rapid move to online, or how we manage our supply chain?”

When the order came down to CIOs to transition the entire workforce to the home almost overnight, what made the task Herculean was not just the scaling, the deployment and remoteness. It was that the core of the business, the systems and the data, had to remain secure.

“That’s not always a simple thing to do” says Codrington. “There are tools out there, there are ways to do it, but most businesses are bespoke with the systems they have and the way they interact.”

A recent Lenovo study found that technology was high anxiety for Aussies working from home.

Two in three admitted using their personal devices simply because it was easier or their work device was not up to scratch with enough tech support; three in 10 said they did it all the time.

“The CIO then needs to make sure that they have a mitigation strategy for that,” he says.

“I think they would tell you they prefer to use the platforms that are tried and tested and there is good reason for that of course, but working from home is with us now. We need to make sure we are also catering for that or at least considering what we do.”

Demand for technology products and solutions has skyrocketed and inevitably, rising costs and how to manage them are what keeps the CIO awake at night. This pressure point is where Codrington is focused.

“We want to make sure that we are utilising the technology in the best way to deliver the best outcome for the most people.”

The way forward, says Codrington, is for business to shift the technology spend from capital expenditure to operating expenditure. The buzz acronym is no longer SaaS, software as a service, but XaaS — everything as a service, built around the customer on an as-needs basis, from the leasing of devices to tech support and data protection.

“We now have an opportunity to deliver the product where it is a subscription model where they can take a bite of as much as they need,” explains Codrington. “We are also one of the only players in the market that has flexibility built into that. Some of our competition do not have that. You can flex up and down.”

Given the lack of clarity around where we all land on the working-from-home experiment, Codrington sees this flexibility as highly valuable to a CIO.

“We work with a large consulting firm and every year they have 900 graduates coming to their business and at the end of that there are probably 100 who stay and so they have this spike in their business that they need to cater for. You can have an employee finish and from that day we are not charging for that product until it’s activated again. So it is a real consumption model.”

Considering how many Australians use Lenovo products and services daily, its corporate profile is low.

As a multinational, Lenovo is a remarkable mix of east and west, starting in China building PCs in the 1990s but in 2005 buying IBM’s PC business and expanding by acquisition into software, cloud, smart phones and data centres. Incorporated in Hong Kong, Lenovo has its global headquarters in Beijing, operational headquarters in North Carolina and a president based in Milan where the company’s first concept store opened in September.

It was Matt Codrington in Australia and New Zealand who in the last two years has pioneered the idea of shifting business customers from a capital expenditure to operating expenditure model.

In part, it is because companies here continue to lead the way in early adoption of technology: the cloud, virtualisation, or consumption as a service.

“That’s got nothing to do with Lenovo — that’s the nature of the market — and so I intend to be at the cutting edge of our corporate strategy where I’m implementing these new ideas in this region far before India or Japan or Hong Kong,” says Codrington.

Several major customers are now on board. “These are large tax consulting firms that have validated the model as the right opex model, the right way they account for their spend. So we have got that validation, and now this is expanding globally.”

That said, the balance of capex and opex in a company has always been a call for the chief financial officer. Yet as the CIO emerges from the back office, Codrington says the relationship is different. “Traditionally the CFO has held the purse strings; we all know that. They have been involved with decisions, validated those decisions, they have had people present to them about the business case and so on, but it is changing now.

“Although the CIO has interacted with the CFO it’s been more technology supporting the business. But in my mind, now it is driving the business, so there’s a lot more influence there, a lot more responsibility. So as they work together, it is probably much more hand in hand.”

For both roles, job descriptions are changing. While there is constant talk about upskilling, Codrington says those in most need are not the young digital natives starting careers, but the C-suite in management and particularly the CFO. “Upskilling is very, very important for the leadership team because it broadens their lens on what is possible, how you understand the digital landscape and what do you do about it.”

For the CIO, Codrington argues that a much bigger mandate awaits, one that demands a far better understanding of the business at large.

Emmaus College in the eastern suburbs of Melbourne, Victoria have adopted the use of devices in the classroom for both students and teachers in an effort to build a future-ready learning environment for their students.

Digital Transformation for the Classroom

Understand the impact of the Fourth Industrial Revolution will have on the education sector in our three part series of articles.

Find the Right Device for Your School

Designed for 'no compromise' learning, Lenovo laptops come at a range of price points and performance levels. Find out which one is right for you by asking our configurator.

get the latest insights from thinkfwd straight to your inbox

ThinkFWD is Lenovo's information series for you and other professionals in growing Australian businesses. You will find actionable ideas and explore leading trends to help improve your business profitability and IT performance. 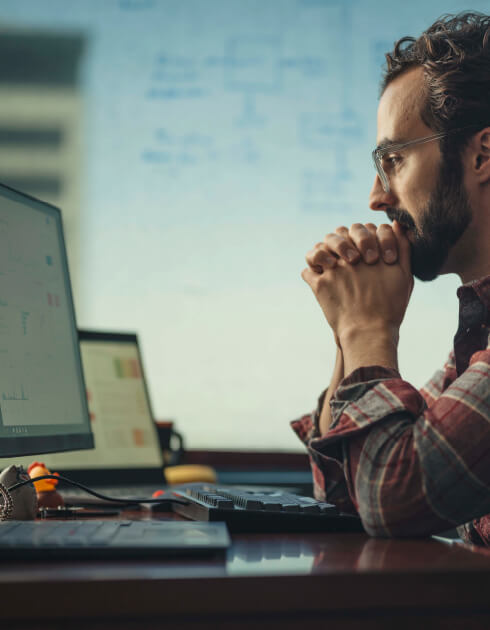 get the latest insights from thinkfwd straight to your inbox

ThinkFWD is Lenovo's information series for you and other professionals in growing Australian businesses. You will find actionable ideas and explore leading trends to help improve your business profitability and IT performance.

Thank you for registering. 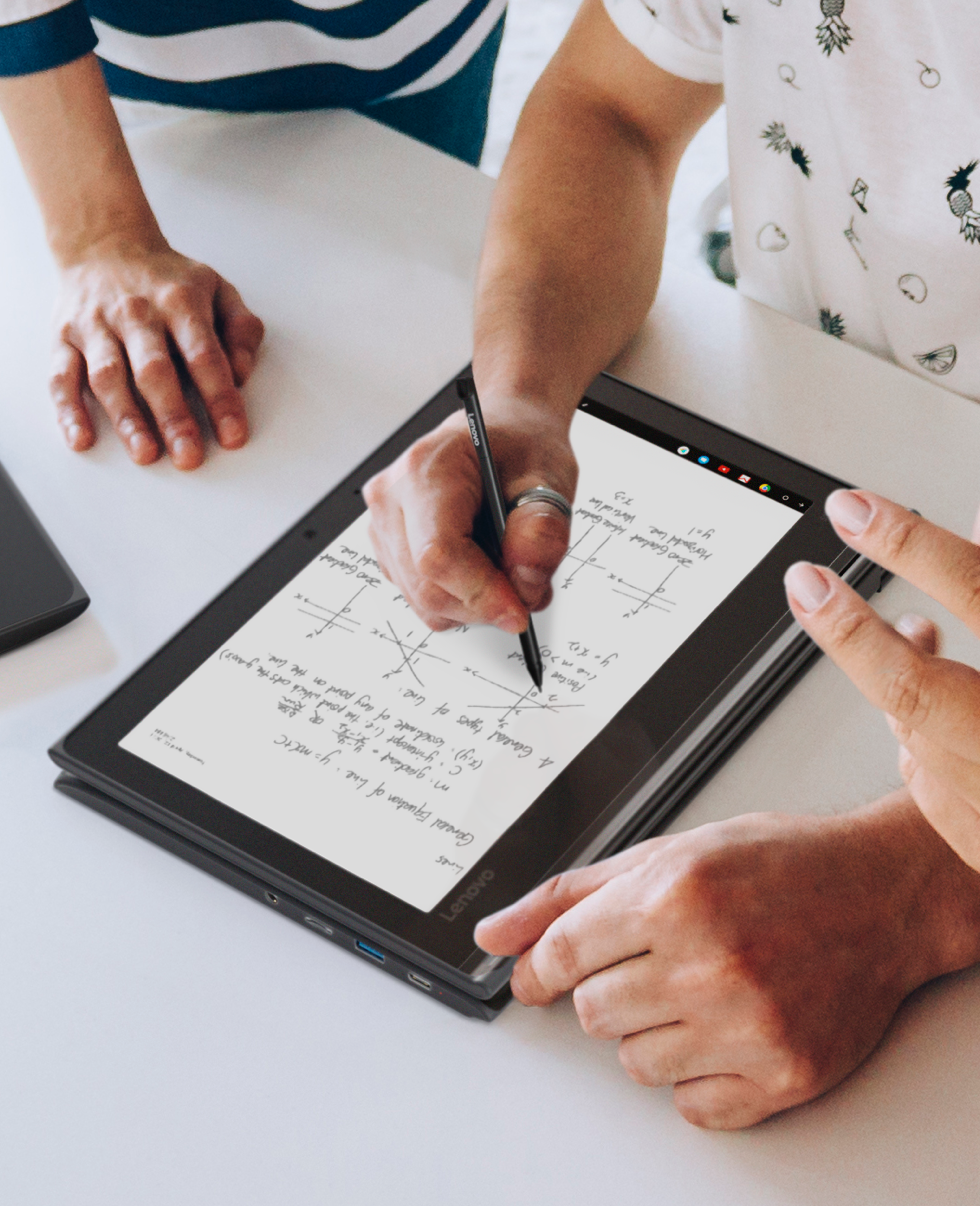 Please complete the form and one of our business specialists will be in touch.

Thank you for your enquiry, one of our business specialists will be in touch.

THANK YOU FOR YOUR ENTRY. YOU ARE NOW IN THE RUNNING TO WIN MENTORING SESSIONS WITH NAOMI SIMSON.